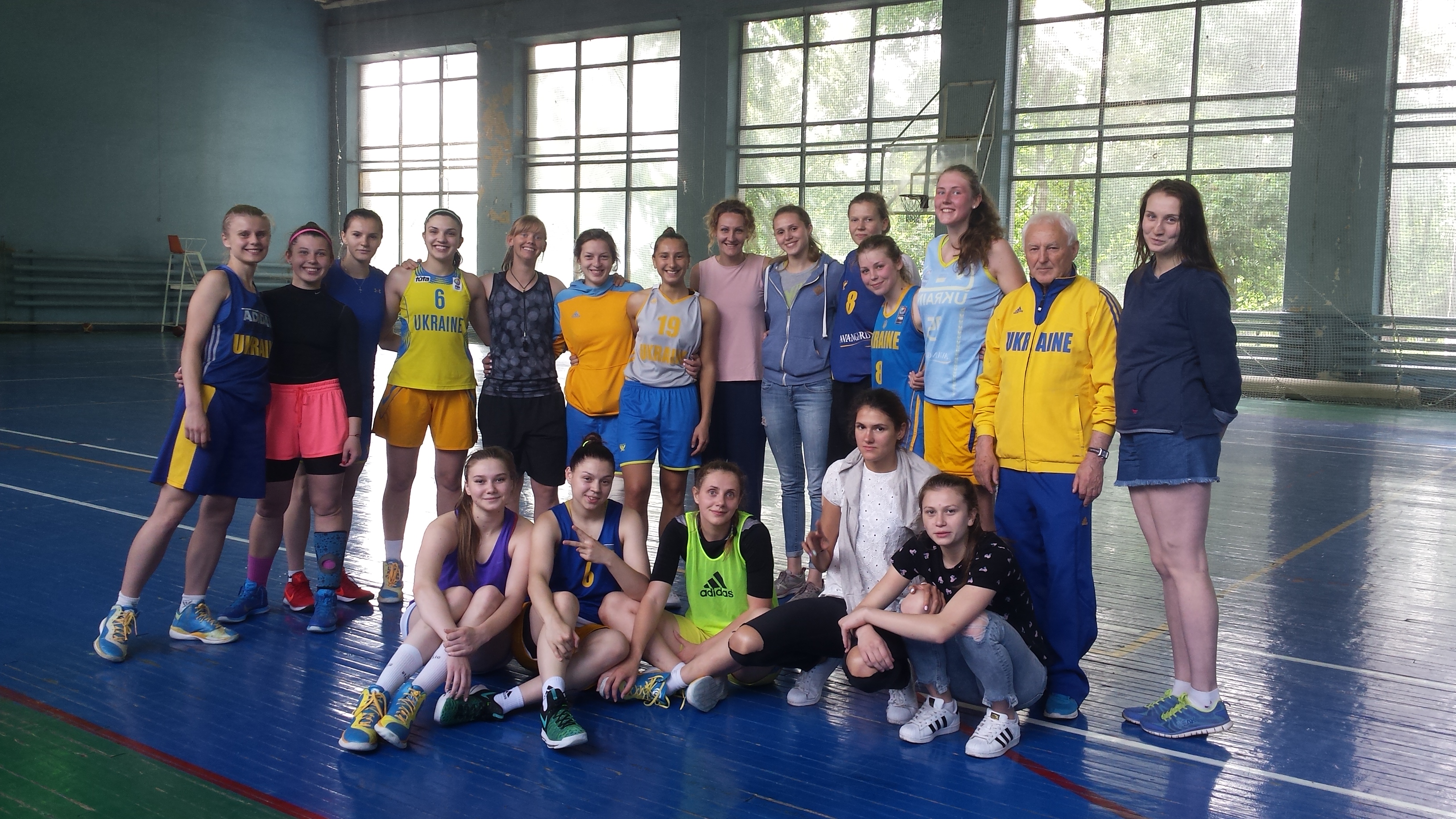 It simultaneously feels like both a lifetime and a moment ago that I left Amsterdam to return to Ukraine. In reality, it was twenty-two days ago. Let me try to encapsulate the last three weeks for you.

Before I left Ukraine the first time around (about six weeks ago now), I had the opportunity to visit the national Ukrainian Basketball Federation that manages all the national basketball teams that represent Ukraine. They invited me to come back for a month and assist the coaches of the Under-20 national women’s team as they prepared for the European championships coming later this summer. I accepted and returned three weeks ago to join the team in Kiev.

I was graciously picked up by my friends from the airport on Monday the 5th and driven to the facility where the U20 team was living and practicing. We arrived at the gym where they had just started their afternoon practice to discover that the coaches hadn’t been told my arrival date and thus had no idea I was coming. It made for a couple consternated minutes, lots of Russian, and a few phone calls to the Federation while I wondered whether I’d be getting online and buying another plane ticket for that evening. But after a few minutes, my arrival was validated and things were straightened out. I was a part of the U20 Ukrainian team.

It’s hard to express the next two weeks in a short blog post. The experience was initially extremely difficult — it was frustrating to feel like an extra piece, to be thrown into a system that was already running and try to carve out a way to contribute, to feel superfluous when I was invited but not prepared for, to overcome the language barrier, and to surmount the feelings of alienation and foreignness that overwhelmed. The coaches did try to help me a little bit, but were often absent during the first couple days. It became a jubilant accomplishment to make even the most basic advances: to figure out how to get a room key for my room, how to exit the compound, how to get water, how to eat, how our schedule worked, and how to access the Internet so that I could contact the coaches. However, little by little, life began to take shape.

The head coach, a former national team player who had just retired from playing, and the main assistant coach, a wisened legend who had coached for 50 years and spent numbers of seasons coaching national teams around the world, both spoke English. My relationships with both of them and with a third assistant coach named Alex (who was, like me, a bit more extraneous) blossomed into familial, joking, effective-team friendships. Most of the players understood a bit of English but not enough to carry on a conversation with me without both of us frequently utilizing Google Translate. However, though an air of shy skepticism made interactions slow-going during the first week, by the time I left I had been able to build solid friendships with almost all of them and was thoroughly saddened at the thought of leaving them to continue on their path without being able to accompany them.

We had practices twice a day. Little by little I was able to contributeideas and practice elements during our planning meetings before practice. I would run a drill here and there (with mixed success depending on who decided to translate), join the girls in practices when we didn’t have everyone present or needed an extra person for drills, and coach subgroups when we divided the team into positions to work on individual skills.

Outside the court, I was incorporated into the life of the team a bit more each day, morphing from strange American outsider to part of the group. I traveled into the city with a few players on an off-day, played high-stakes Uno with the girls during the evenings after dinner, lifted weights with them and gave those who asked tips on lifting and performance training, went on walks around the area where we stayed, and hung out in the gym before and after practices with the group. In two weeks, I comfortably settled into the rhythm and was jarred more than I expected when the time came to leave.

Back to Kiev and FCA

I had originally been invited for one month. However, during that time the team had three scheduled trips to play preparatory games: one long weekend in Romania, one week in Lithuania and Belarus, and a trip to Israel for which they will depart next week. Though I had been invited to be a part of the team, my addition was last-minute and thus not accounted for when those travel arrangements were made. When the team went to Romania, I could not accompany them but was thankfully lodged at the training camp where I spent four days working on ongoing freelance writing projects, exploring Kiev, and spending time with my FCA friends. Then the team returned and we had another week of practice. However, as the Lithuania trip approached, we finally (after MUCH todo and consulate-calling) determined that my American passport would not allow me admittance into Belarus making it again impossible to travel with the team.

Meanwhile, another important piece in the puzzle was unfolding: my FCA friends from St. Louis were due to arrive in Kiev for a week-long sports ministry trip (a trip I had considered being a part of back in January before stepping out of the preparation process because I didn’t know where I would be over the summer), and had lost a member last-minute who had planned to coach basketball. They were short a coach and I was about to spend a week by myself again at our training facility while my U20 team traveled and I could not. God appeared to be leading. I took my leave from the U20 team (which was heart-wrenching) and met with the FCA team in Kiev, joining the group that was being sent to the city of Zhytomir, exactly where I had visited last time I was in Ukraine, to serve people that I loved and was ecstatic to see again.

To see God guide in such a fashion was incredible. We spent almost a week in Zhytomir.  We ran multiple basketball practices a day, did crossfit workouts sometimes twice in a day as well, and led coaching workshops and Bible studies. It was a taxing schedule but we made it and got to see God do really cool things while we were there. Plus, it was such a blessing to get to spend another few days with some fantastic people who I love and had no idea when I’d get to see again.

Our last full day (yesterday), we drove back to Kiev (about 1.5 hours) and met with the other two FCA team factions who had been serving in Kiev and another city a bit farther away. We spent the afternoon and evening exploring Kiev and enjoying each other’s company, seeing the sites, jumping off bridges, and experiencing public transportation (always an adventure). Then we returned to our hotel for our last night in Ukraine.

The FCA team left for the airport early this morning to fly back to the States. I too will board a plane today. Mine, however, is bound for Moldova, a small country between Ukraine and Romania. On the day I arrived in Ukraine this time around, the FCA director here called me and asked if I would be interested in traveling to Moldova to help with a basketball camp for a week. I said sure. Over the past 12 hours, I have gotten a bit of an idea of what I’ll be doing — it sounds like I’ll be running a kids’ basketball camp and perhaps doing some coaches’ training — but I don’t think I’ll know until I arrive tonight and start tomorrow. But here goes nothing. After Moldova, I’ve got a few more stops I’d like to make before a tentative return to the States in August but the finalized plan is still unclear. I’m praying for God to guide and help lay the next section of track in this crazy adventure.

For now, I’ll sign off. More to come soon!