I write from a layover in Frankfurt as the fearless News Release Basketball women’s team travels from Hammarstrand, Sweden to Brussels, Belgium. This past week, we enjoyed a significant experience in the small-town countryside of northern Sweden. Hammarstrand is a tiny town (perhaps not more than 1000 residents) where the Swedish government happens to settle significant numbers of refugees and asylum seekers, making it a profound juxtaposition of tiny, agricultural small-town vibes and brilliantly colorful cultural representation. The kids that attended the basketball camp we facilitated were from all over Africa, the Middle East, and other areas.
The week afforded us the opportunity to become part of the community — we stayed in host homes, helped lead the small church gathering in town last night, shared our stories at community dinners, enjoyed the beautiful countryside and agricultural way of life, and built relationship with people both on and off the court.
We’re heading to our final country on this tour, where it looks like we’ll be splitting our time between two locations around Brussels. We’ll help facilitate another youth basketball camp as well as play several games against local professional clubs. We’re not quite sure what to expect as far as the details — I’m excited to see how this week unfolds and how it compares to the two distinct experiences we’ve enjoyed thus far.

Meanwhile, I find myself in the final stretch of my dissertation-writing process. I’m feeling reasonably confident in an assembled draft and hope to have a preliminary draft I’ll send to my supervisor today or tomorrow. The final submission is due on the 21st of August. Next Sunday, I fly back to Edinburgh after we conclude this crazy adventure. I’ll have about a week in Edinburgh to wrap up my paper, see friends, and take a breather before heading out again. I’ll be swinging through Denmark to see a good friend, head to Ukraine for about a week to see other folks and play music for a friend’s wedding, and then… [insert cliffhanger]. I still don’t know where I’ll be after that. I’ll likely return to Edinburgh until the next step solidifies, and I don’t know when, where, or how that may manifest. More to come as soon as I know more. 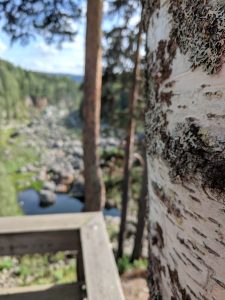