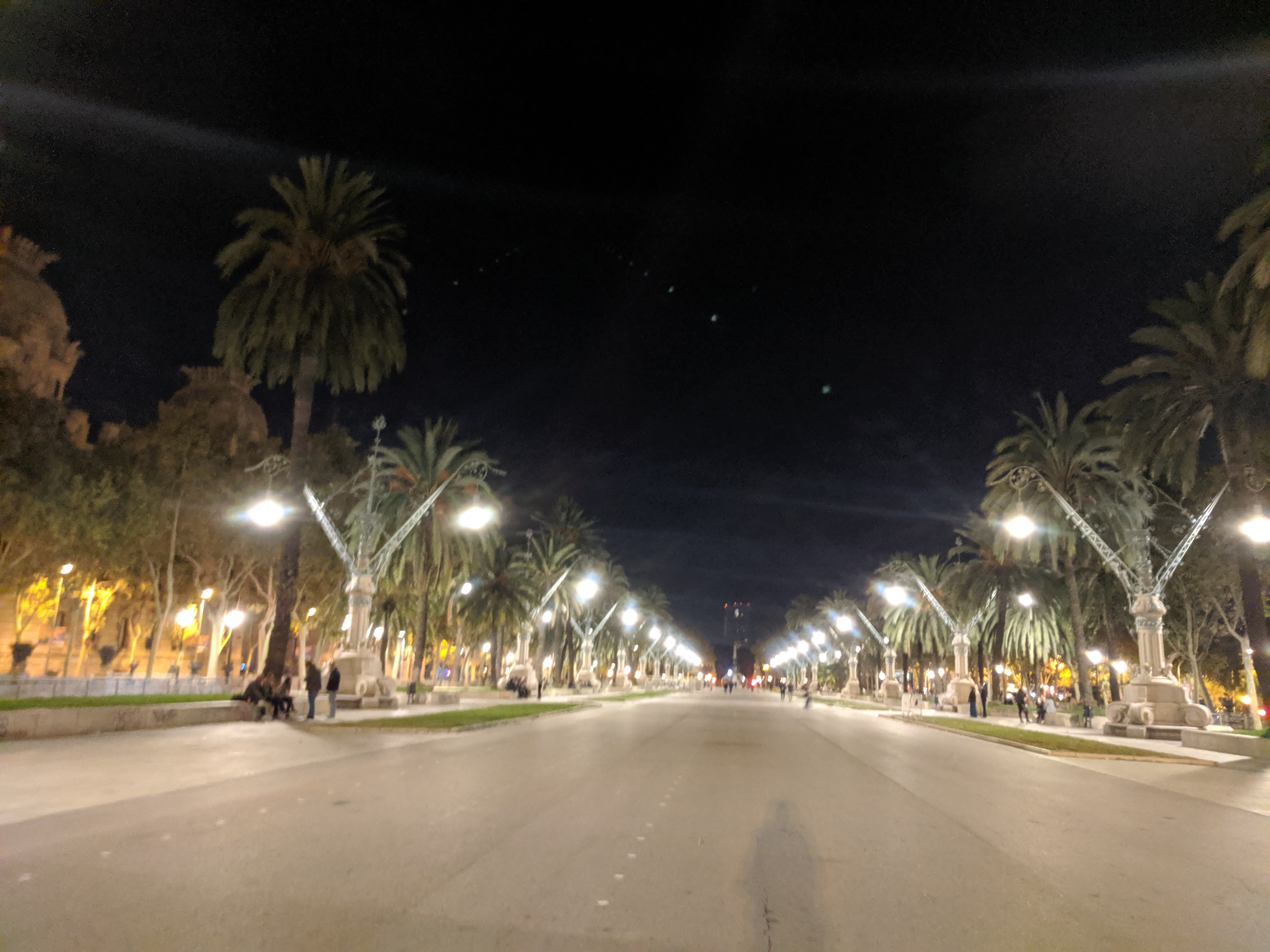 I write from an unfamiliarly nice airline seat aboard a Finnair flight from Barcelona, Spain to Helsinki, Finland. It’s odd not to be on a bottom-of-the-barrel budget flight when you’re scrunched into as little space as humanely required by the powers that be and contemplating getting some coffee or tea or, wonder of wonders, perhaps even a token food item that I won’t have to pay an arm and a leg for brightens the already sunny tropospheric view out the window.

I am on a holiday trip, which is weird in itself. The opportunity to take time away from a routine existence and do something other than that for a time and then return to it at the end of the weekend is not always available or realistic for me for any number of reasons (largely because life so often is a string of short-term existences that closely follow each other and don’t allow for the inertia of “regular” or “normal” to settle). I’m enjoying doing what the other kids do for a time.

Last night, I arrived in Barcelona for a 26-hour fly-by to hang with a friend fom my St. Louis days. It was great to see a bud I haven’t seen for something like five years and catch up a little bit, and to walk around a beautiful Iberian city at 10pm in a short-sleeved shirt and enjoy a mediteranean fall climate was a huge treat.

I’m now on my way to spend a weekend with an entire crew of Edinburgh basketball teammates descending on one poor soul who hopefully won’t feel too blindsided by the time we all leave at the end of the weekend. I’ll fly early Sunday morning back to the Isles and spend a few hours in Dublin with a dear friend before taking a bus back up to Belfast and home. I’m anticipating the weekend being crazy and great and that it will provide a much-anticipated reunion with some of my best buds from my UK chapter of life.

A friend and I were talking not too long ago about starting a club for people who are following God through haze and figuring out what it means to walk by faith. It’s relatively easy to say — I’m a Christian and I’m supposed to walk by faith. But the day-in, day-out practice of said walking becomes quite nebulous alarmingly quickly. What does it mean to walk by faith when you’re deciding what college to go to? When you’re in a job and don’t necessarily like it? Or in a job that you really like and don’t want to change? What about when your kids are sick, or distraught, or when you don’t have any, or feel torn between two entirely different lines of work, or have to move and don’t know where to go, or don’t like where you’re living but feel like you don’t have an option? What does it look like when life feels like it doesn’t have purpose, when your day-to-day isn’t fulfilling, when your day is full of good things but it’s too still much to handle? When you’re lonely, sick, injured, wistful, angry, happy, tired, or perplexed?

Walking implies movement. Tme itself guarantees our forward motion — even in stagnancy the current remains. Our environment, our expiration date, our finiteness carries us forward. Sometimes walking by faith is but keeping your head above water and holding onto an invisible tow line, be it one core belief or paradigm; a promise delivered or expected; a calling felt or requested. Of course, even in the same instant that it is a saving grace from being trapped in a state without hope of change, movement is intimidating and fast and impossible to control.

And faith is vexingly gaseous. What in the world is faith? Is it quantifyable? What does it feel like? Science needs faith, but it doesn’t understand it. Faith rears our subconscious assumption that the sun will rise in the morning. Faith couches our beliefs that our parents had parents and that the things they teach us about history are largely believable and that the person behind the counter is operating under the same societal principles we do and that the airplane I’m sitting in will allow us to arrive where we plan to go.

So walking by faith is the certainty of inevitable forward motion yoked to a spirited nebula that is impossible to define or understand… Great.

I suppose the small caveat to this otherwise bleak and careening picture would be that there’s a captain steering the ship. We’re not just twigs floating down a river. We act as if we have the ability to change our course, which in my opinion is not a given (we can discuss fate and destiny in all its intricacies any time — just give me a shout and I’m there). But a bigger reality exists– not just a captain of the twig, or of a vessel, but of the current itself. God’s direction isn’t always the explicit turn of a ship’s wheel — it’s the routing of the very water’s flow.

Not sure why this musing came to mind today — perhaps I’m just enjoying catching glimpses of the ocean below or thinking about how crazy it is to walk intelligently through this life and in the same breath commit to being drawn via streams completely other than anything I can influence or control. But what an adventure.