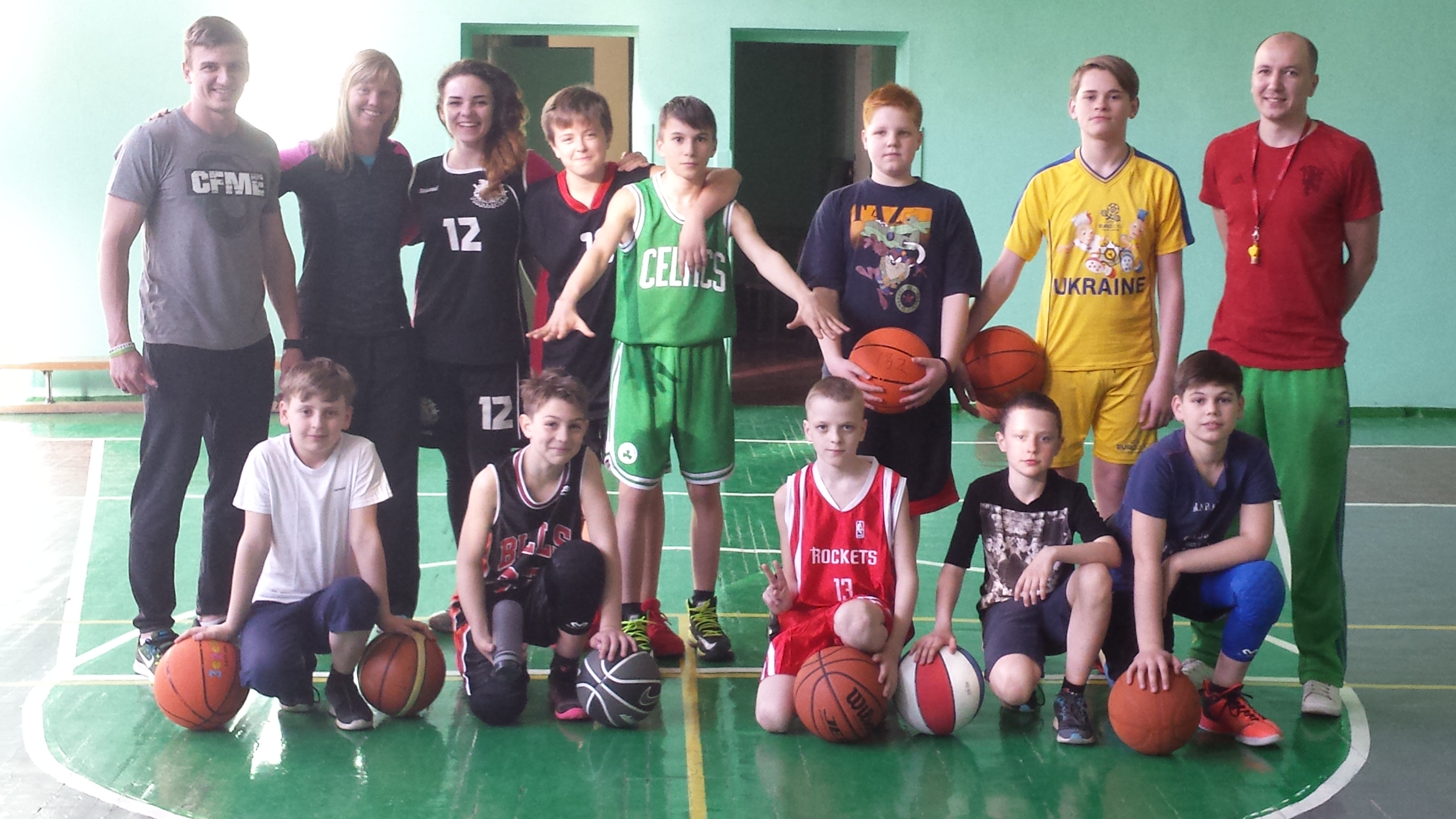 I’m sitting in the last row on a Dutch airline flight from Amsterdam (Netherlands) to Montpellier (France). This morning I departed from Kyiv (Kiev), Ukraine after spending eight days with new friends. There’s so much I could share but I’ll try to get the gist to you before we land.

I arrived in Kyiv last Wednesday evening and was picked up by my primary contact and fantastic friend Ira, a full-time FCA staff member who ministers to female basketball coaches and athletes. We returned to her high-rise apartment and headed out again to their Crossfit gym where I got to meet her husband, Pasha, a Crossfit coach and FCA inductee in the process of becoming staff. We watched a bit of one of his classes and then headed back home.

The next morning we headed out into Kyiv, getting to explore a bit of the city and trying some traditional Ukrainian food for lunch. We met up with Pasha after lunch and while Ira attended to other business, he accompanied me as we attended (and ended up running) a couple-hour elementary-aged boys’ basketball practice. We then metro’d back to the apartment, grabbed a snack, and headed to another practice starting at 8pm. This one was attended by a handful each of high school guys and adult women who played in an amateur adult league – both teams were coached by the same woman, so they apparently practiced together sometimes. They asked me to run that practice too. We went for an hour and a half and then the girls and I scrimmaged until around 10pm, after which we headed home.

Friday morning, Ira and I attended an early-morning Crossfit workout and then left from the gym to catch an Uber to the subway than to another Uber out of town. We were headed to Zhytomyr, a small city about an hour and a half north. We were picked up by another FCA staff member, Liosha, and driven to the gym where FCA would help host a three-day youth basketball tournament starting that afternoon.

The next 56 hours were a blur. Giving a welcome and closing at the opening and awards ceremonies; befriending coaches and players; getting to know one coach and her family in particular whose vision prompted the whole tournament and who hosted and fed our small team (our lodgings were an awesome church summer call property in the woods outside of the city) the entirety of the weekend; cookouts, fires, basketball games, shooting contests, and good (even when hampered by language barriers) conversation. Perhaps the best part of the weekend for me was being asked to teach a 1.5-hour coaches’ clinic. We spent an hour in a gym with a few practice players demonstrating drills, then finished in a classroom going through a presentation on team culture (one of my favorite things). Getting to teach and facilitate discussion amongst fellow coaches was exhilarating.

Too quickly, Sunday afternoon and the encapsulation of the tournament rolled around. We had attended church, finished the last games, awarded medals, packed up, and spent a last couple hours with the coaches at a celebratory luncheon before hitching a ride with a Ukrainian Basketball Federation official (who happened to be friends with FCA and was in attendance on Sunday) to drive back to Kyiv.

Upon our return sometime late Sunday evening, I was given the key to an incredibly nice furnished apartment where I was to stay for my last few days in Kyiv. Monday morning we recuperated a bit before I Uber’d to meet the FCA director Andre, his wife Lindsay, her genial retired coach father who was visiting, and one of their sons for lunch before attending a men’s semi-pro basketball game. Then I accompanied Ira and a couple other friends to another Crossfit practice and enjoyed a late dinner with them before heading home for the night.

Tuesday was another tournament day. A smaller event this time, we’d only be at the location for the day. Early in the morning we set out, utilizing all kinds of public transportation, picking up friends, grabbing groceries, and arriving at the ultimate rendezvous of cohorts (many from the previous weekend in Zhytomyr) at a large private school gym. We slipped right back in to event mode. People everywhere, music pumped through the PA, banners and kids and excitement and basketball games and snacks and speeches. I got to give my testimony and share a truncated version of the presentation I had given over the weekend with the coaches in attendance, another highlight.

And then it was over once again. Several of us drove home with Liosha and his wife, ate dinner together, then hung out in Ira and Pasha’s apartment before hitting the sack.

Wednesday we left for the Crossfit gym at 6am to fit in a workout before Liosha and his wife departed. We jumped into an Uber once again around noon and headed for a high-level high school girls’ tournament – the venue looked abandoned from the outside as we approached but inside the gym was relatively lively. We remained for most of a game and met a few friends of Ira’s that were coaches or involved with basketball. Then Ira suggested we visit the Ukrainian Basketball Federation office.

The Basketball Federation visit turned into an enjoyable time fraternizing with the Secretary General and a men’s coach. We exchanged contact information and we’ll see what becomes of that.

Ira and I parted ways so that she could get to a doctor’s appointment. I jumped back into a taxi, rode across the city, and enjoyed a fantastic family dinner at Andre and Lindsay’s. I caught another Uber home, arriving around 11pm, packed, and crawled in bed.

6:30am this morning saw Ira and I enjoying a fantastic breakfast together at her apartment before we took a taxi to the airport so that I could catch a morning flight bound for Amsterdam and then Montpellier, France. Onward and upward, folks. More soon!